I really hope that whole ‘soul stealing’ aspect of photography isn’t true. Because if it is, I am running awfully thin on spare soul.

I don’t know whether to blame UK bureaucracy (I originally typed ‘bureaucrazy’ there, which seems apt), the general process of moving internationally, or something else entirely, but I am fully and officially fed up with having tiny pictures made.

Every time I need to complete some sort of official process, I need to submit the paperwork with between 1-3 copies of a ‘passport-size’ photo.

It started with our initial settlement visas. Which we renewed our passports for (because having a passport that expired well before the visa did seemed like a recipe for annoyance). Which required another set of photos. 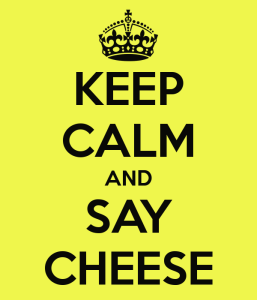 And then they took a photo at the document drop-off appointment (hilariously called an ‘interview’), to prove it was us dropping off our documents.

Then came the residence permits. We had to bring in more photos for those. And also have our photos taken at the appointment (for verification? biometrics? good luck? who knows).

Somewhere in there we also had to send passports and a set of tiny photos away for visas to visit India, which I know isn’t part of this, but adds to the general photo-weariness.

Now I need to exchange my BC Driver’s license for a UK one. Which of course means I need to submit ANOTHER set of photos.

In fact, I have had the paperwork for the license exchange sitting on my counter at home for a month. I just haven’t gotten my act together enough to get yet ANOTHER set of tiny photos taken. Every time I think I’ll finally do it, I run out of time in the day, or something else comes up, or I just plain forget when I’m running other errands near the photo place.

Worst of all, I have probably chucked out just as many photos as I’ve submitted, because the photo place that’s nearest only does them in sheets of four, and I never need to send in FOUR, and who needs extra clutter around?

I do, apparently, because along with death and taxes, there is a certainty that at some point soon, SOMEONE ELSE will want a 2″ likeness of my not-shiny-not-obscured-not-smiling face-on-white-background.

Part of it is, I think, the fact that in the UK most of these things are done by mail. With the exception of my Canadian passport, every time I needed an official document card created or renewed in Canada, they took the photo in their office. Here, the civil servants are all conveniently separated from the public by the postal system wherever possible.

Now that I think about it, I’m not sure which I prefer – because standing in line at the BC Driver’s licensing office, or in the NEXUS offices, and dealing with disenchanted-slash-power hungry provincial and federal employees is no picnic either.

Nevertheless, I am still annoyed (and photo-less).

I might be less irritated about the whole thing if I hadn’t see how damn easy it was for Neil to get his UK Driver’s License. As a UK Citizen, he filled in a form online, entered his passport number, and the powers that be in the UK Government used that single data point to verify his identity, pull up the one copy of his likeness that they have on file, and 10 days later, he received his official document in the post.

Contrarily, I, who have no fewer than FIVE separate photos of myself drifting around various UK government divisions, still have to fill out a paper form, submit it, along with my BC Driver’s license and my Canadian Passport (which they will hold for up to THIRTY DAYS, DO NOT EVEN GET ME STARTED ON THAT ONE), and of course the required tiny photos, so that I can legally drive in this country again.

I have high hopes that I will actually remember to get out of the office at lunchtime this week sometime and hit up the photo place to get it all sorted. And this time, I’ll keep the spare tiny photos around. Probably guaranteeing I never ever need to submit another photo again.