After a whirlwind week last week in which I dragged Neil and Isaac off to a few auditions, mostly for my own entertainment, it turned out we booked a shoot for an upcoming diaper commercial.

Except at the last minute they changed the job from “families” to “dads & babies” and expressly asked the moms not to come along, because it makes the babies act differently.

So I find myself unexpectedly alone, all day. For the first time in most of a year.

It’s not that I haven’t been away from Isaac for long stretches of time. He spends lots of time with just Neil while I go get any number of things done. He’s also in daycare once a week, and is watched by family or sitters when Neil and I go out.

It’s just that whenever I’m away from the rest of my family, it’s usually because I’ve got to go off and do something. This time it’s them doing something away from me, and I didn’t have a chance to fill the time with chores and errands in advance.

Frankly, I’m a bit delirious with the possibilities!

I rattled off a list of things I’ve considered to a friend on twitter: baking, shopping, cleaning, napping (glorious napping!), spa-ing. I might actually get to a few of them.

But so far I’m reveling in drinking coffee while it’s still hot, eating cereal without anyone begging to share it, and reading the internets without a million tiny tugs on the computer power cord.

You people whose days still primarily belong to yourself: what else should I do? I have forgotten how this works. 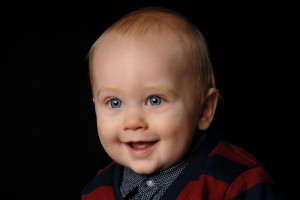 Ready for his Closeup

Edited to Add: that was remarkably short-lived. Isaac was in the group of “backup babies” in case the primary babies didn’t perform well. Except they did, so he and Neil were sent home early. They arrived about an hour after posting this. Oh well.

One thought on “I was alone, I was all by myself”