Neil and I have been in New Orleans for the past few days, and it’s entirely amazing here. But our trip started off with something that I was even more surprised about: incredible service from United Airlines. 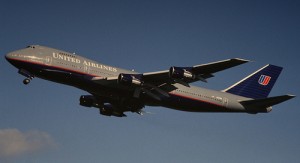 Anyone I know who flies with any regularity gripes about most domestic carriers. Myself included. And we all know that United Breaks Guitars. But a couple people working for United at YVR last Wednesday changed that for me.

We had an early flight, and were running a bit late in the morning. We have NEXUS passes, so never really sweat the lineups. The one big difference this time – we had a bag to check. The other issue? Online check-in wasn’t working when we tried it before leaving in the morning.

Check-in at the airport had been cut off 10 minutes before we arrived. That means we still had 50 minute before boarding (80 before takeoff) to clear security and get to the gate. We scampered over to the United desk, hopeful that we could grab our boarding passes and maybe have time to grab coffee at Starbucks after security before boarding. We weren’t worried.

Until we were subjected to the worst customer service person in the world. To be clear, she is not who I’m praising here. We got where we were going in spite of her. I would not wish for her to die in a fire, but I would wish for her to be decommissioned enough to never inflict her special brand of uselessness on anyone else ever again.

We stood as the 2nd people in her line for another 20 minutes, while she made molasses in January look like a contender for the Belmont stakes. When we finally made it to her desk, she just said “oh, there’s nothing I can do, you’re REALLY late (as if she hadn’t been ignoring us waiting for her for 20 minutes), made a big show of how terrible it was for us that we were checking a piece of luggage, and moved us to a flight three hours later, with a four hour layover, finally getting us to our destination 8 hours later than we’d intended.

I was not a happy camper.

We checked the bag that was apparently holding us back from our rightful seats, went through security and wandered down to the gate our plane was supposed to be leaving from. It was still 3 minutes from the scheduled takeoff.

And that’s when the heavens opened, the sun shone, an angel chorus rang out and the universe delivered unto us a saint named Laura.

Neil made small talk with her about how we were supposed to be on that plane right there outside the window, and she looked at us in total disbelief that her daft colleague hadn’t put us on it. You see, our plane was delayed about 10 minutes because it was late coming in and was still fueling. I find it hard to believe the pedantic twat at the check-in desk didn’t know that, but I’m no expert in airline operations.

We mentioned it was because we had a bag to check and that the desk staff were adamant that there was no way it would make it onto our plane (and with the post 9/11 security rules, you aren’t allowed to intentionally fly on a different aircraft than your luggage).

She made a radio call and in seconds had a response that our bag was indeed there, waiting for our later flight, and they redirected it onto our original plane for us. She printed the boarding passes and ushered us onto the plane. All this took her less than five minutes. Once seated, we sat on the runway for another 20 minutes waiting for fueling & maintenance checks to be finished.

In all the flights I’ve taken I have never, ever missed one. I was not eager to add that particular stripe to my record, and thanks to Laura at YVR gate 76 on Wednesday morning, I haven’t yet.

So you all can go ahead and dis United (and other domestic carriers) all you like. But as long as there are people like Laura working for them, I’m going to keep my mouth shut (and set my alarm 20-minutes earlier next time!).

One thought on “United we stand”